Then Melchizedek king of Salem brought out bread and wine; he was the priest of God Most High. And he blessed him and said:

“Blessed be Abram of God Most High,
Possessor of heaven and earth;
And blessed be God Most High,
Who has delivered your enemies into your hand.”
And he gave him a tithe of all.

Now the king of Sodom said to Abram, “Give me the persons, and take the goods for yourself.”
Genesis 14:18-21

After the nightmare of the Corinthians, who got drunk off communion wine and followed “super-apostles,” Paul can take a break. The Galatians want too many rules, and insist on following them too blindly. And even better, correcting the Galatians requires breaking out rabbinical theology and political theory.

I wish those who unsettle you would castrate themselves!
Galatians 5:12

The Letter to the Galatians concerns the Law of Moses, and the role it plays among Christians. Both the Torah and the Gospels themselves emphasize the importance of the Mosaic Code

For all who rely on the works of the law are under a curse; for it is written, “Cursed is everyone who does not observe and obey all the things written in the book of the law.”
Galatians 3:10, quoting Deuteronomy 27:26

“Do not think that I have come to abolish the Law or the Prophets; I have not come to abolish them but to fulfill them. For truly I tell you, until heaven and earth disappear, not the smallest letter, not the least stroke of a pen, will by any means disappear from the Law until everything is accomplished. Therefore anyone who sets aside one of the least of these commands and teaches others accordingly will be called least in the kingdom of heaven, but whoever practices and teaches these commands will be called great in the kingdom of heaven.
Matthew 5:17-19

At the beginning of Galatians, Paul recounts his leadership among the Pharisees who were persecuting the church, including the murder of St. Stephen

You have heard, no doubt, of my earlier life in Judaism. I was violently persecuting the church of God and was trying to destroy it. I advanced in Judaism beyond many among my people of the same age, for I was far more zealous for the traditions of my ancestors.
Galatians 1:13-34

Paul was a radicalized student of Gamaliel, a far more patient pharisee than Paul. Gamiel appears twice in Acts of the Apostles, in an extended direct quote. In the logic of ancient Jewish writing, the first words, “Fellow Israelites, consider carefully what you propose to do with these men” indicate that Gamaliel is a brother to Jews, a thinker, and cautious.

When they heard this, they were enraged and wanted to kill them. But a Pharisee in the council named Gamaliel, a teacher of the law, respected by all the people, stood up and ordered the men to be put outside for a short time. Then he said to them, “Fellow Israelites, consider carefully what you propose to do to these men. For some time ago Theudas rose up, claiming to be somebody, and a number of men, about four hundred, joined him; but he was killed, and all who followed him were dispersed and disappeared. After him Judas the Galilean rose up at the time of the census and got people to follow him; he also perished, and all who followed him were scattered. So in the present case, I tell you, keep away from these men and let them alone; because if this plan or this undertaking is of human origin, it will fail; but if it is of God, you will not be able to overthrow them—in that case you may even be found fighting against God!” They were convinced by him.
Acts 5:33-39

and then referenced as a teacher of Paul

“I am a Jew, born in Tarsus in Cilicia, but brought up in this city at the feet of Gamaliel, educated strictly according to our ancestral law, being zealous for God, just as all of you are today
Acts 22:3

Gamaliel s recorded is the Mishna, but one of the most striking parts of his life is that he is the grandson of Hillel the Elder, who famously accepted the challenge of a centurion to explain the Torah while standing on one foot. Hillel’s answer was

“What is hateful to you, do not do to your fellow: this is the whole Torah; the rest is the explanation; go and learn”

So if Christ did not come to change Moses’s Law, and Christ himself seemed to be agreeing with Pharisees in loving your neighbor, how can Christians possibly not be under the Mosaic Code?

Even the first Pope Peter (called Cephas) was confused

When Cephas [Peter] came to Antioch, I opposed him to his face, because he stood condemned. For before certain men came from James, he used to eat with the Gentiles. But when they arrived, he began to draw back and separate himself from the Gentiles because he was afraid of those who belonged to the circumcision group. The other Jews joined him in his hypocrisy, so that by their hypocrisy even Barnabas was led astray.

When I saw that they were not acting in line with the truth of the gospel, I said to Cephas in front of them all, “You are a Jew, yet you live like a Gentile and not like a Jew. How is it, then, that you force Gentiles to follow Jewish customs?
Galatians 2:11-14

“I have seen these people,” the LORD said to Moses, “and they are a stiff-necked people. Now leave me alone so that my anger may burn against them and that I may destroy them. Then I will make you into a great nation.”

But Moses sought the favor of the Lord his God. “LORD,” he said, “why should your anger burn against your people, whom you brought out of Egypt with great power and a mighty hand? Why should the Egyptians say, ‘It was with evil intent that he brought them out, to kill them in the mountains and to wipe them off the face of the earth’? Turn from your fierce anger; relent and do not bring disaster on your people. Remember your servants Abraham, Isaac and Israel, to whom you swore by your own self: ‘I will make your descendants as numerous as the stars in the sky and I will give your descendants all this land I promised them, and it will be their inheritance forever.’” Then the Lord relented and did not bring on his people the disaster he had threatened.
Exodus 32:9-14

Indeed, at this time Jews and Christians both seemed to believe (as Catholics and Orthodox still do believe) that the dead could pray for souls, and that Abraham himself could speak to those in hades

The poor man died and was carried away by the angels to be with Abraham. The rich man also died and was buried.  In Hades, where he was being tormented, he looked up and saw Abraham far away with Lazarus by his side. He called out, ‘Father Abraham, have mercy on me, and send Lazarus to dip the tip of his finger in water and cool my tongue; for I am in agony in these flames.’ But Abraham said, ‘Child, remember that during your lifetime you received your good things, and Lazarus in like manner evil things; but now he is comforted here, and you are in agony.
Luke 16:22-25

It is on this backdrop — that Moses was an interlocutor between God and Israel, but Abraham is the grandfather of Israel, and the blessings of God were a free gift from God. Moses negotiated a suzerainty treaty with God, but as Paul says

Why then the law? It was added because of transgressions, until the offspring would come to whom the promise had been made; and it was ordained through angels by a mediator. Now a mediator involves more than one party; but God is one.
Galatians 3:19

Brothers and sisters, I give an example from daily life: once a person’s will has been ratified, no one adds to it or annuls it. Now the promises were made to Abraham and to his offspring;it does not say, “And to offsprings,”as of many; but it says, “And to your offspring,” that is, to one person, who is Christ. My point is this: the law, which came four hundred thirty years later, does not annul a covenant previously ratified by God, so as to nullify the promise. For if the inheritance comes from the law, it no longer comes from the promise; but God granted it to Abraham through the promise.
Galatians 3:15-18

The works of the Law were a test, like an X-Ray, of everything wrong. Christians are freed of the law — God does not impose the surrender terms on us — but requires something else. Faith through love.

For in Christ Jesus neither circumcision nor uncircumcision counts for anything; the only thing that counts is faith working through love.
Galatians 5:6

“Abraham’s faith was credited to him as righteousness” (Genesis 15:6 , Romans 4:3, Galatians 3:6), but it was not a dead faith. The love of his wife, his son, his kinsman, and stranges shine through in his life and struggle. Father Abraham received the prayers of many generations and was granted as a free gift the inheritance for his seed.

His seed is Christ Himself, and in that inheritance we are free.

One of the teachers of the law came and heard them debating. Noticing that Jesus had given them a good answer, he asked him, “Of all the commandments, which is the most important?”

If only it was an easy rule to follow. 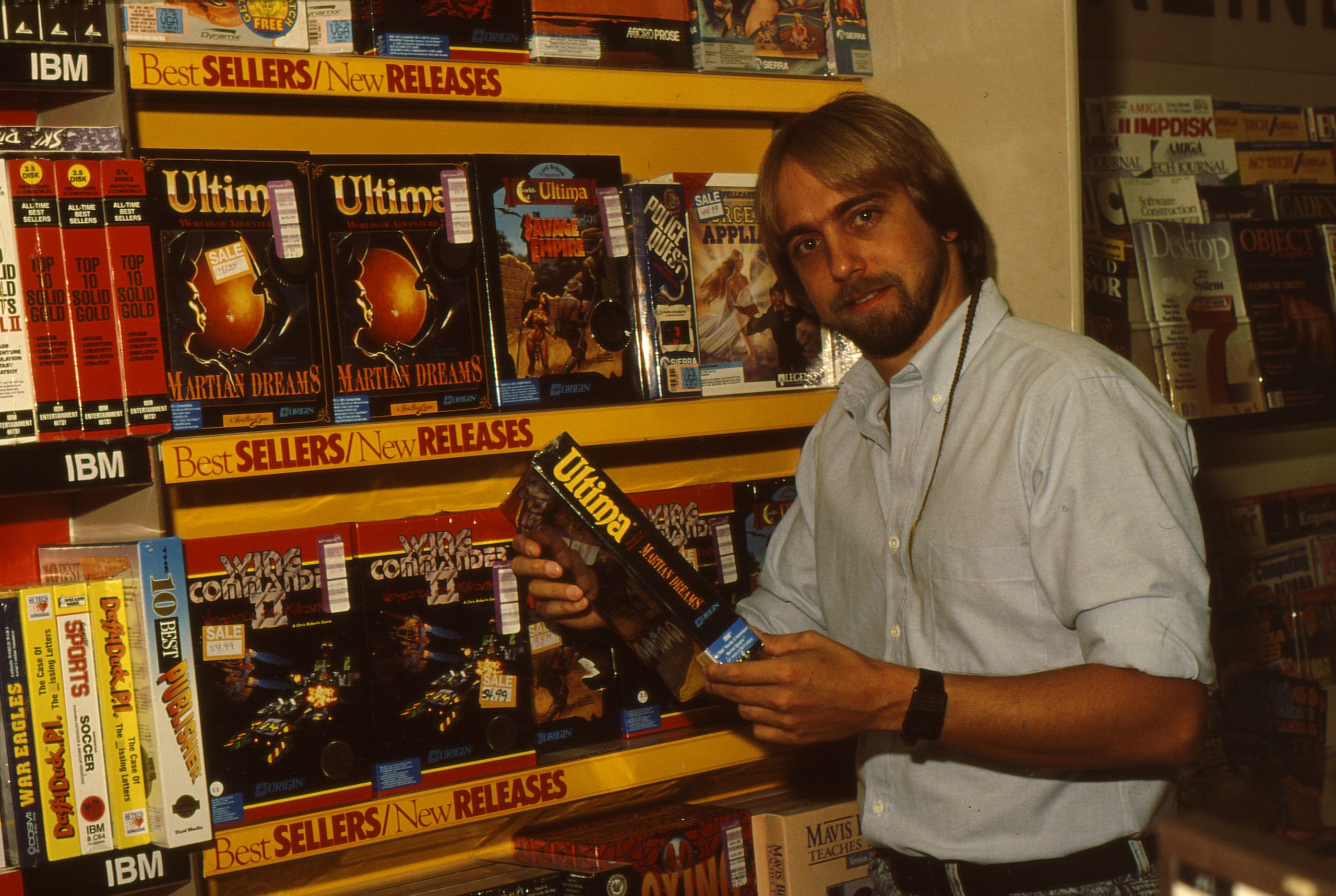 One thought on “Letter to the Galatians”