I think it is a literal miracle that Joseph Ratzinger was named Pope. His writings on the Bible and the Christian religion are incredible. And his writing style is warm and inviting – he makes you want to learn more about the topics, and when you follow up and read more, you see how well he prepared you for them.

This is the third book by Ratzinger I read. In Principles of Catholic Theology, he appears to resolve the Counter/Reformation with an off-handed comment. Because of that book I read Testing the Boundaries, a history of the Lutheran churches that extended Ratzinger’s comments. Then, in Jesus of Nazareth: The Infancy Narratives, he emphasized that the beginning of the Gospels is The End of the previous, as its reference to Enoch makes clear.

With Jesus of Nazareth: From the Baptism in the Jordan to the Transfiguration, Ratzinger does it again. This book is structured as a series of interlocking essays, covering vignettes over most days of Christ’s public ministry: from the baptism by John to just before his entrance into Jerusalem. To share just a few of Ratzinger’s thoughts, his discussion on Christ as the Torah, the Lord, and the Son, are particularly interesting

The Catholic Church teaches that the Bible is the “written word of God,” but the “word of God Himself” is Christ (Dei Verbum, Second Vatican Council, 1965). Catholics often think of this as meaning that the Bible is Jesus in written form, but Ratzinger shows the opposite perspective is shared by Christ to the Jewish audience of the Gospels: Jesus is the Torah-Incarnate. Ratzinger’s discussion builds on Jacob Neusner’s similar work, A Rabbi Talks with Jesus.

For instance, Christ’s statements placing himself “above” the commandment to honor your father and mother:

Christ’s statements do not allow for the condition of a father being a better Torah scholar than He is. And the reward is not knowledge of the Torah as it was previously known, but knowledge of “me” – the living Torah. Christ.

Ratzinger goes beyond Neusner’s evaluation though in looking also at the collective Torah teachings of Christ. Just as God speaks, not only to individual believers but to the community

Therefore hear, O Israel, and be careful to observe it, that it may be well with you, and that you may multiply greatly as the Lord God of your fathers has promised you – ‘a land flowing with milk and honey.’

While Neusner says there is no equivalent in Christ’s words, Ratzinger disagrees. He ties together the Sermon on the Mount and the Our Father prayer in a way that Neusner doesn’t. Not only does Christ grant himself importance that belongs to the Torah proper, He does so in a way that’s both unique to individual believers and to Israel, the believing church, in general. But the Torah is now not spoken to the Church, but speaks with the Church, in eternal dialog with God:

In this manner, therefore, pray:

Our Father in heaven, Hallowed be Your name…

Give us this day our daily bread.
And forgive us our debts,
we forgive our debtors.
And do not lead us into temptation,
But deliver us from the evil one.

For Yours is the kingdom and the power and the glory forever. Amen.
Matthew 6:9,11-13

Ratzinger points out the Transfiguration likely occurred during the Feast of Tabernacles, when the Divine Name would be spoken by the High Priest. While Ratzinger does not make this point, after reading Jesus of Nazareth it seems like the Transfiguration is the presentation of this. The Law, the Prophecy, and the sources of the Gospels are there together with Jesus, but they see Jesus only

Now after six days Jesus took Peter, James, and John his brother, led them up on a high mountain by themselves; and He was transfigured before them. 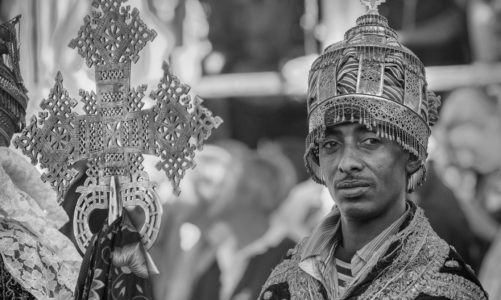